Recently, I spent some time studying the early coins of Muscat and Oman. At first glance, they seem to be rather confusing, and they can be, so I decided to put together this brief overview to simplify a possibly daunting and intimidating group of coins.

The first coins were issued in 1311 Hijra (~ 1891 A.D.) under the reign of Faisal bin Turki. The denominations were 1/12 Anna, also known as Ghazi, and 1/4 Anna, also known as Paisa. The initial issue of 1311 was only minted that year and replaced by a second and entirely different issue between 1312 and 1318. The first issue is illustrated below: 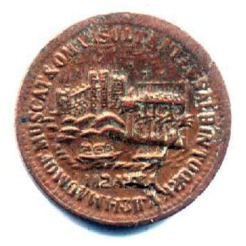 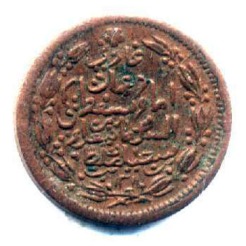 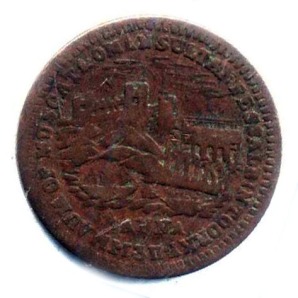 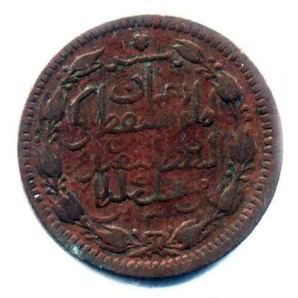 The second issue brought with it a very wide variety of designs and fonts and styles, all derived from the same basic features. The issue is known for being crude and with many minor and some major varieties, accounting for the large range of catalog numbers associated with this issue in the Standard Catalog of World Coins. In order to simplify which coins (referenced by KM #) exist for which date, see the chart below:

In the rightmost column:

Reading the dates on these coins can be a challenge if one’s first language is not Arabic. In fact, some of the numbers, particularly the 4 and the 6, are different from today’s commonly used Arabic. A very useful site for reading and converting dates of many calendars is the Creounity Time Machine which I highly recommend you bookmark and use as a  handy reference tool. I borrowed and slightly adapted a chart from their site which can be used to read the Arabic numerals on these coins:

Additionally, an example of each date is illustrated and identified below which could be used as a cheat sheet. 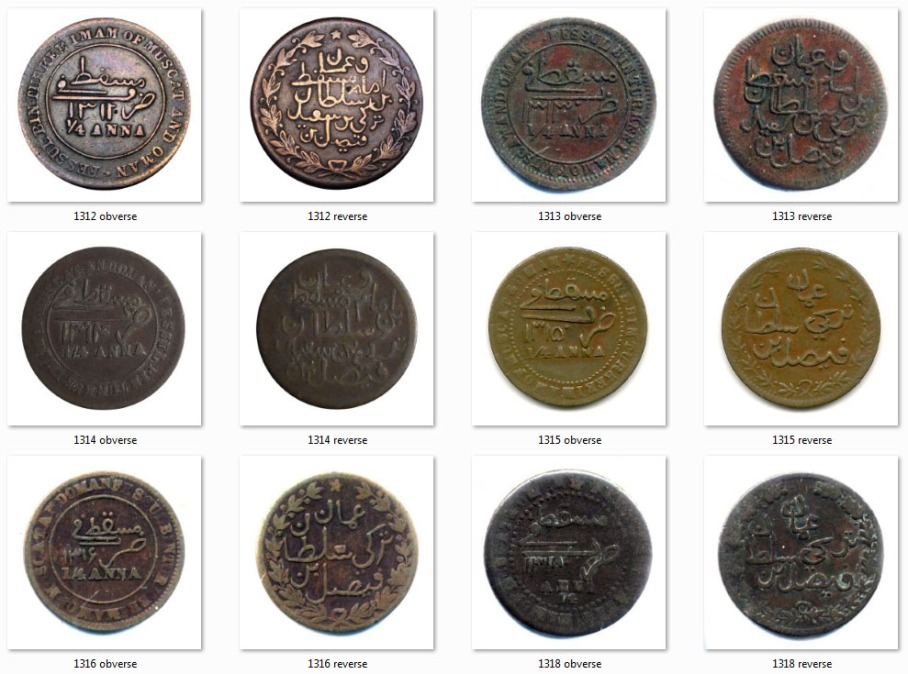 After Faisal’s death, Taymoor bin Faisal did not mint any new coins. Instead, he countermarked existing coinage with “S T”, which likely stands for Sultan Taymoor (KM # 19.1 and 19.2). An example of this is illustrated below. Said bin Taymoor followed suit and countermarked existing coinage with “S S”, which likely stands for Sultan Said. The countermark exists in circlar and square shapes (KM # 20.1, 20.2, 21.1 and 21.2).

In 1359 Hijra (around 1939 A.D.), regular coinage was finally struck for Muscat and Oman, but this is perhaps the subject of another post.